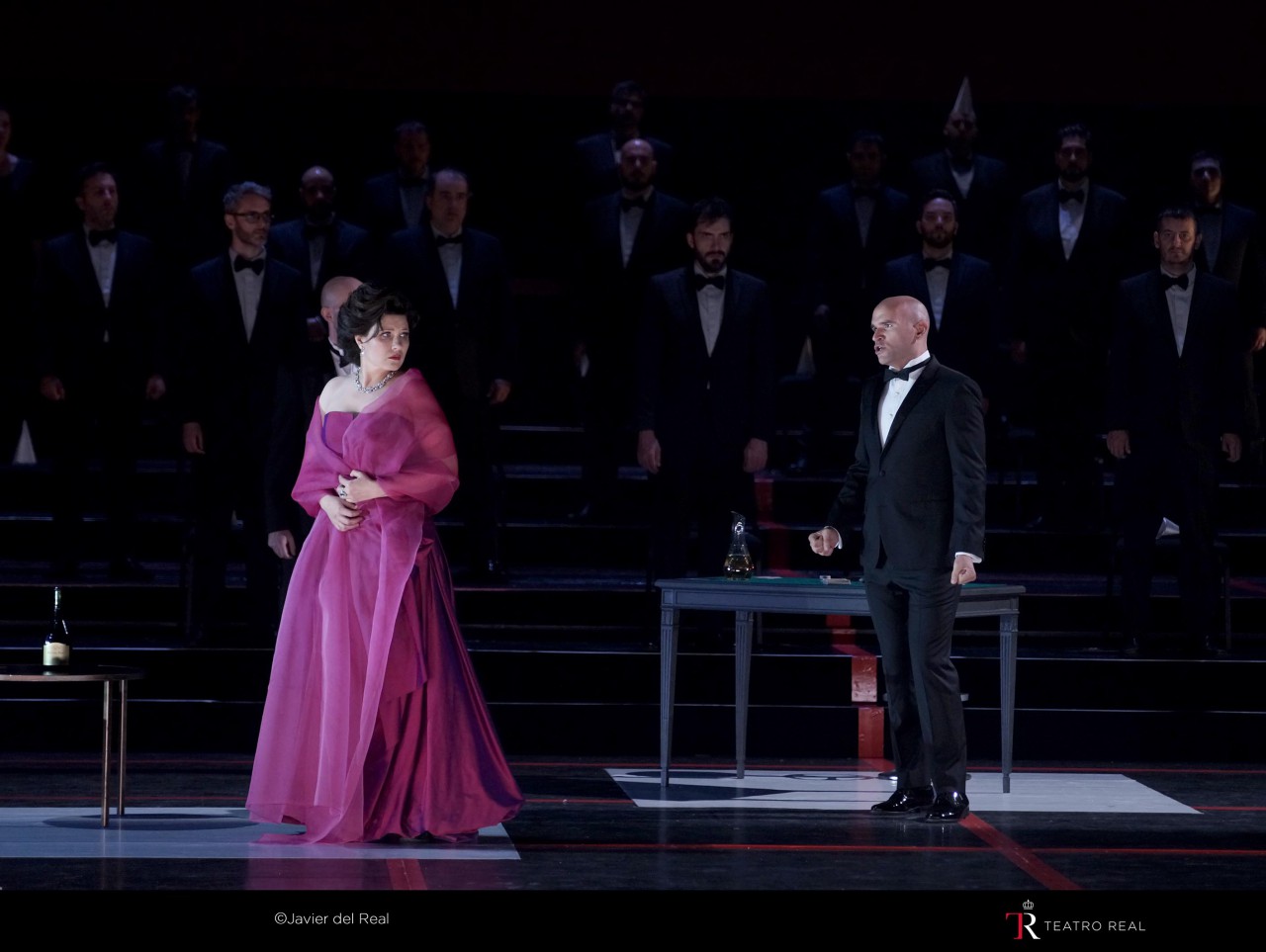 La traviata, by Giuseppe Verdi, part of 2019-2020 season ─ in the famous Salzburg Festival version directed by Willy Decker─ was to be seen between May 9 and 24 (10 performances) and July 7 and 19 (9 performances).

Due to the State of Alarm declared by the Spanish government, the performances for the month of May were cancelled. As a result, the Teatro Real is intent on reallocating the people who had bought their tickets for those performances. At the same time, it is also necessary to relocate the spectators who have tickets for the month of July and are affected by the seating capacity restrictions which reduce the space to 50% (an audience of 869) in compliance with the health and safety rulings.

Originally, there were 19 shows programmed, now there will be 27 with a limited seating capacity in the theatre. These will  take place between July 1 and 29 with  four different casts for the  trio of protagonists: as Violetta, sopranos Marina Rebeka, Ruth Iniesta, Ekaterina Bakanova, Lana Kos and Lisette Oropesa; as Alfredo Germont, tenors Michael Fabiano, Ivan Magrì, Matthew Polenzani and Ismael Jordi;  and as Giorgio Germont,  baritones Artur Rucinski, Nicola Alaimo, Luis Cansino  and Javier Franco.

As a consequence of Mobility Restrictions enforced by the coronavirus pandemic in Spain and in the various countries of origin of the singers ─ who have travelled from the United States, Austria, Croatia, Italy, Latvia, Poland... ─, the rehearsals began on June 19 with all the soloists except soprano Lisette Oropesa, who will arrive in Madrid on July 13 to take part in the final performances of the opera.

To present a version of La traviata which adheres to the current regulations and which can be executed after a mere 10 days of rehearsals, costume fittings, and characterization, Leo Castaldi has devised a concert version that is semi-staged in collaboration with light designer Carlos Torrijos and the Technical team of the Teatro Real, using atrezzo, costumes and accessories belonging to the theatre.

Taking as a starting point the effect that social distancing is having on us, and how it is changing our lives, Leo Castaldi has conceived a ‘scenography ’ with a grid of squares measuring 2 by 2 metres  marked on the  stage floor  and projected on the stage walls, to illustrate the psychological  “imprisonment “  of the characters in their limited spaces. The soloists will maintain a minimum distance of 2 metres between themselves and move within 100 m2, sharing the stage with the Chorus, which will occupy 260 m2, and the internal band (a group of 16 musicians) who will play on stage and use 60 m2. when it performs.

To unify and connect the dramaturgy without a previous design in mind or sufficient time to articulate it, Castaldi has created a vintage atmosphere of the mid 20th century which will use the costumes of the theatre and singers themselves, along with props of the same time period.

The pit, extended to its maximum dimension of 140 m2, will hold the orchestra as per the instrumentation of the score of La traviata: 56 musicians wearing face masks, seated at individual music stands and at a distance of 1, 5 m. from each other. There will be methacrylate panels strategically placed in front of the wind instruments. On the stage will be the internal band of 16 instrumentalists.

To enable days off for the musicians during the 27 performances, the Orquesta Titular del Teatro Real will be divided in two so that each group plays for a period of three consecutive days.

The Coro Titular del Teatro Real, with 51 choristers, will perform the opera on platforms which will optimise the sound, in spite of the security measures that place the singers at 2 m. from each other. The chorus will occupy an area of 260 m2   altogether with a stage width of 24 m. and depth of 11 m.

La traviata will be presented in the Teatro Real in the unique context in which we are all living with fewer rehearsals than normal and a stage scene designed to adapt to the circumstances. The entire team of the Teatro Real, along with the artists and the Coro and Orquesta Titulares, rise to the challenge with an enormous sense of responsibility, much imagination and  great anticipation as we take another  step towards the normalisation of artistic life. We encourage the public and citizens to share our enthusiasm and positive spirit for this new reality in which we find ourselves, with the assurance that the Teatro Real is scrupulously abiding to the directives of the Government of Spain and the regional government of Madrid, Comunidad de Madrid. 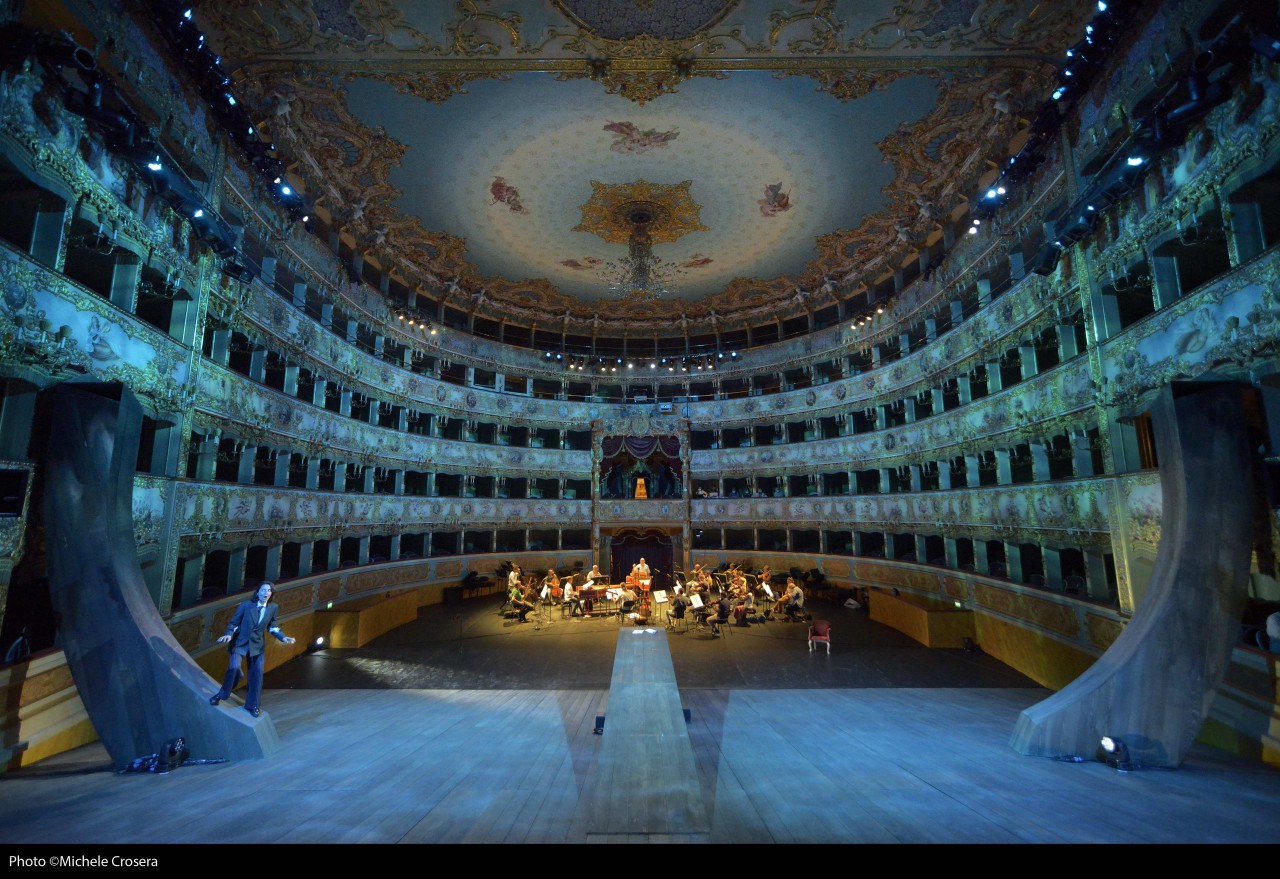 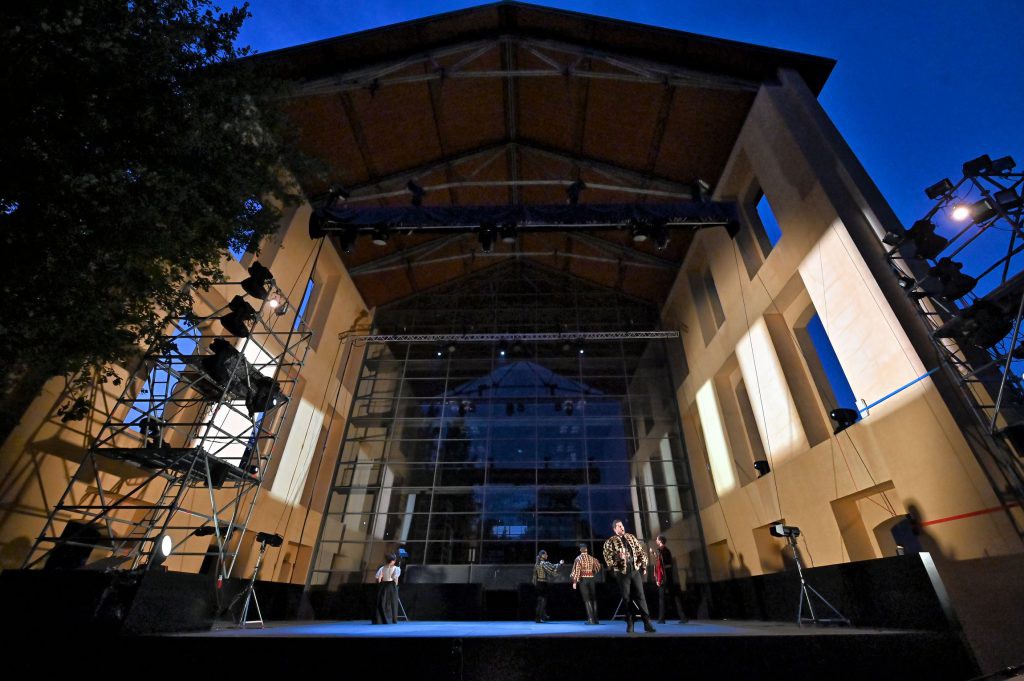