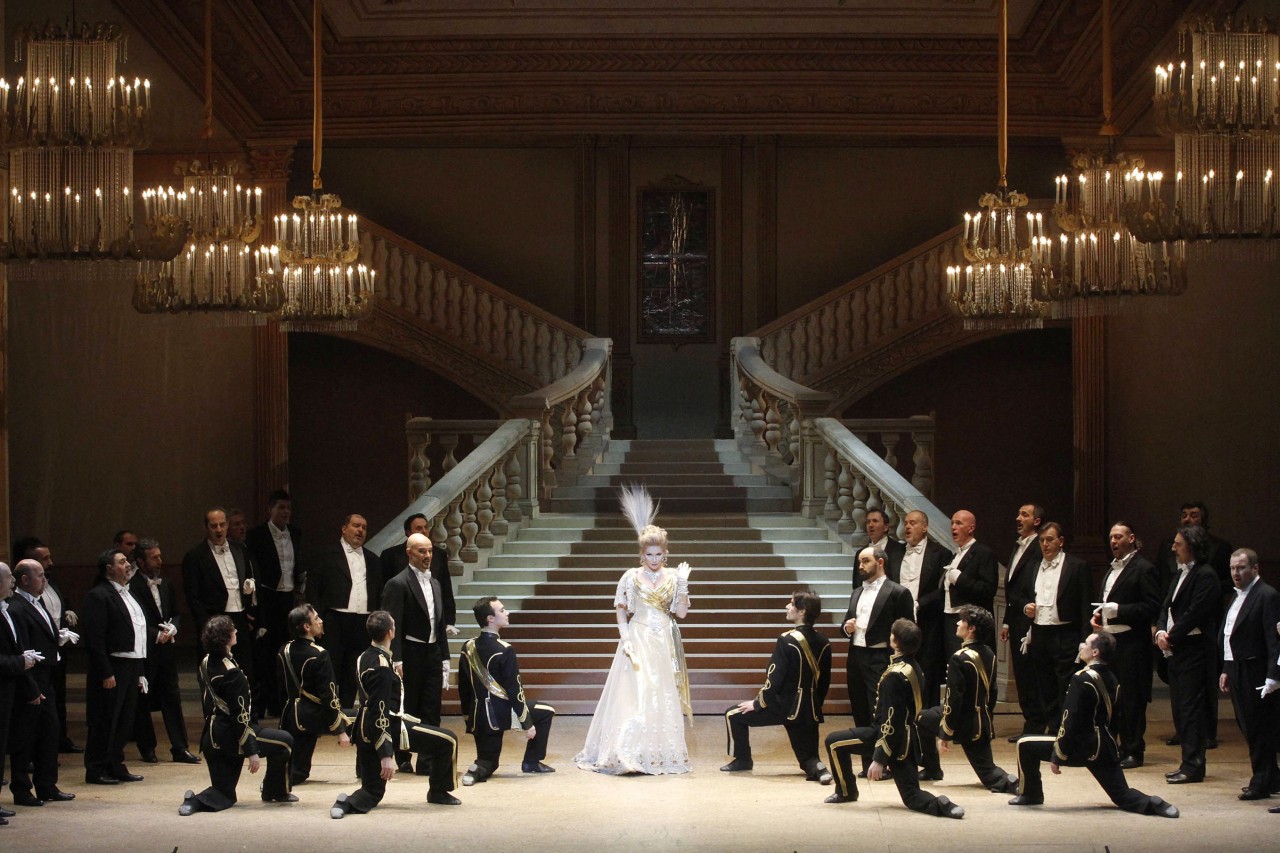 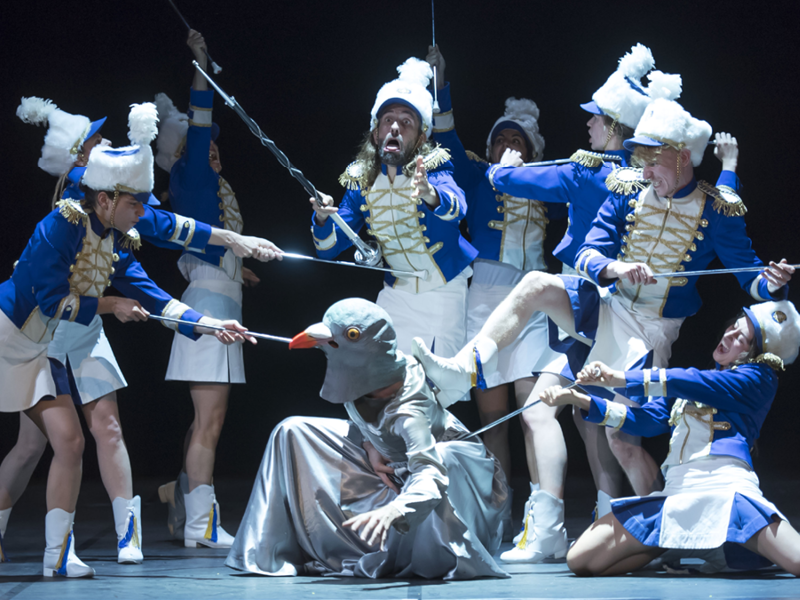 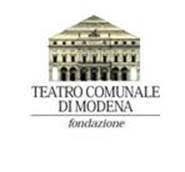 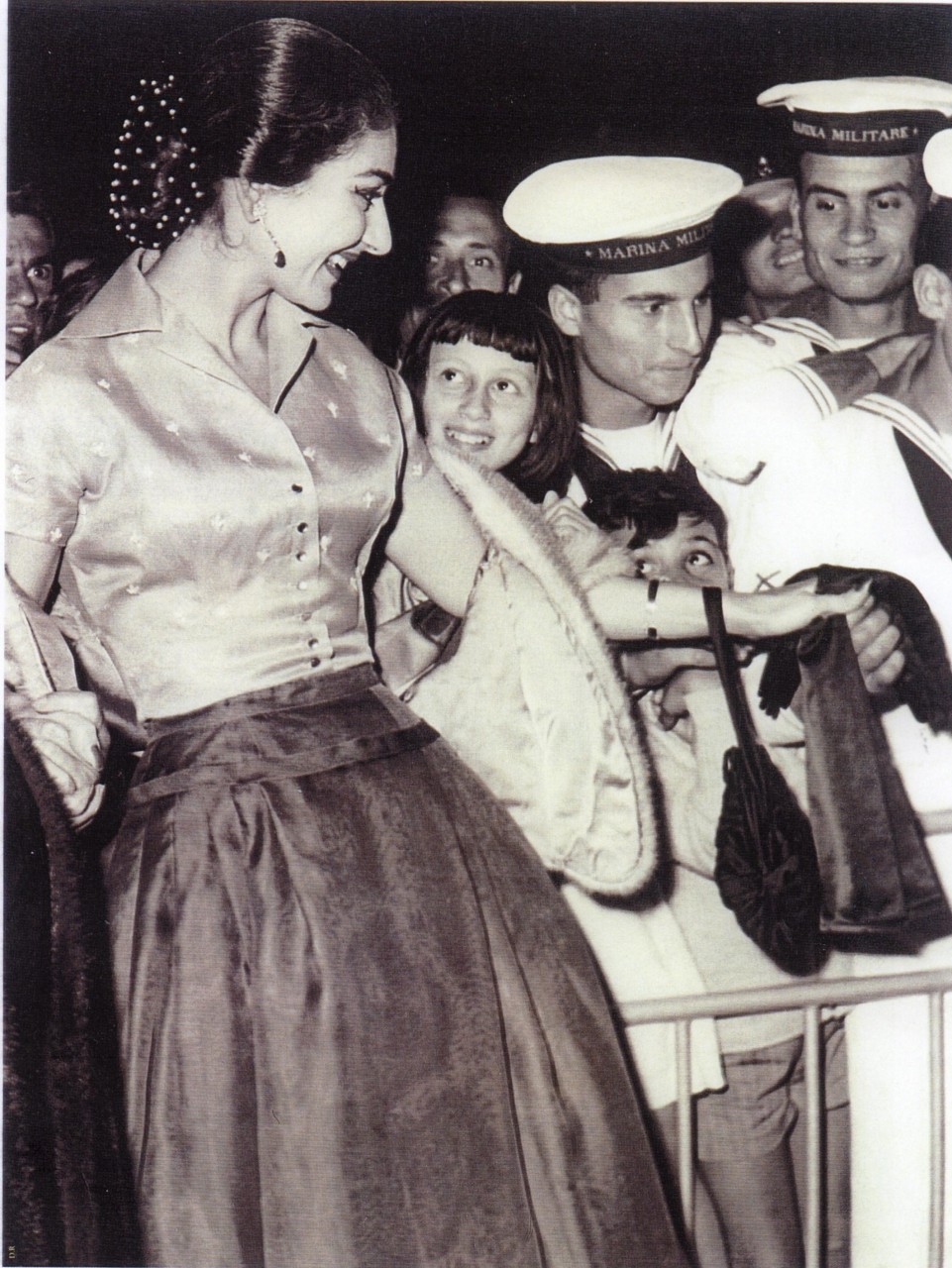 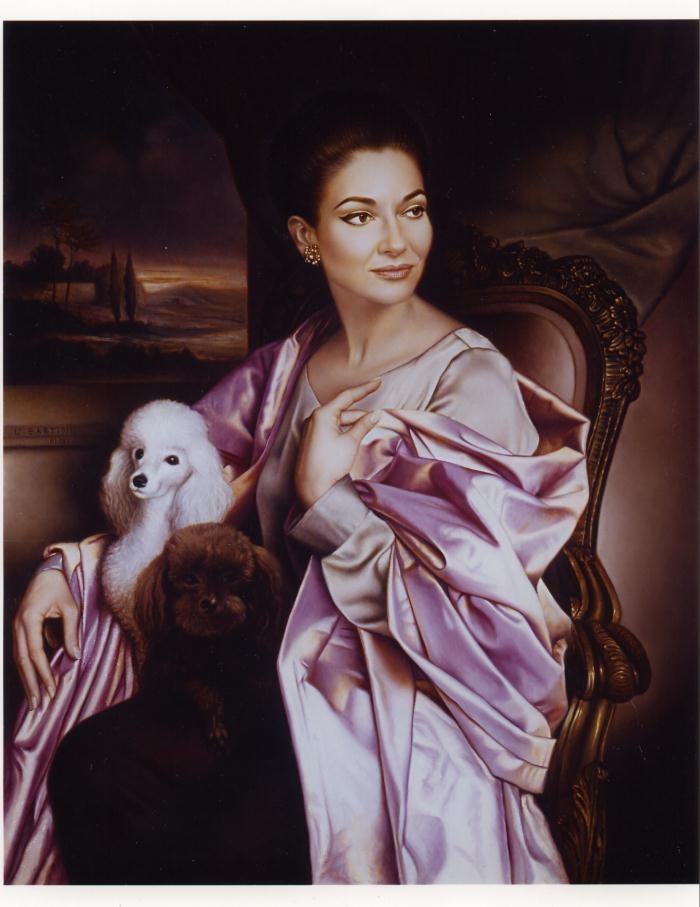 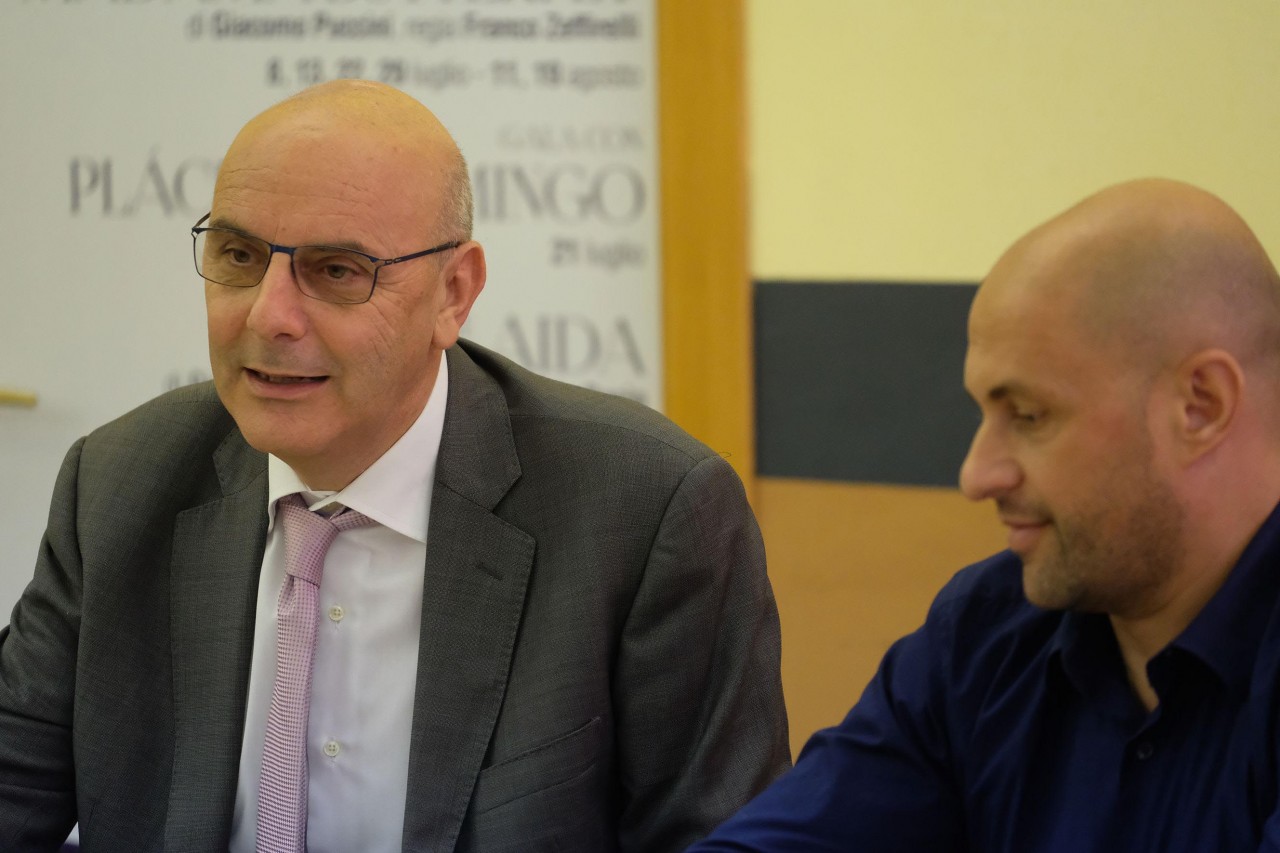 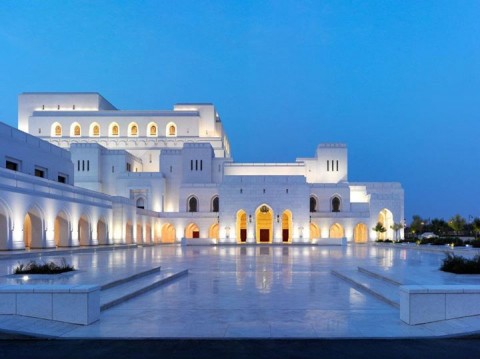 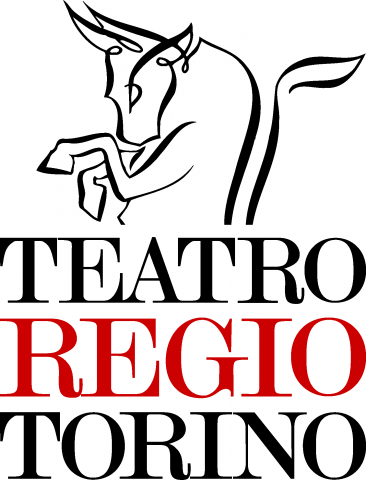 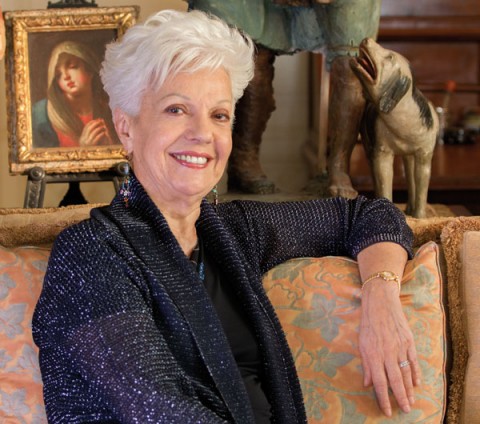 A NEW SEASON WITH GREAT VOICES

Jonas Kaufmann appears in Barcelona for the first time in a staged opera singing the role of Andrea Chénier alongside Sondra Radvanovsky and Carlos Álvarez.

Liceu’s new co-productions: Roméo et Juliette by Gounod, conceived of by Stephen Lawless, andManon Lescaut by Puccini in the hands of Davide Livermore.

The Liceu leads a new co-production of The Demon by Rubinstein, a 19th century title “rediscovered” by stage director Dmitry Bertman, starring Hvorostovsky and Grigorian.

Il viaggio a Reims will be a new “studio” experience blending renowned soloists with promising young opera singers and providing a career opportunity for up-and-coming artists.

Catalan talent is highlighted in appearances by Àlex Ollé (La Fura dels Baus), Jordi Savall, Josep Bros (celebrating the 25th anniversary of his debut at the Liceu), Albert Guinovart and Mario Gas, among others.

The Liceu celebrates Monteverdi’s 450th birthday with L’incoronazione di Poppea in concert version featuring the Ensemble Matheus under the baton of Jean-Christophe Spinosi.

The new season revolves around great titles of the opera repertoire and outstanding performers and directors, an ambitious program continuing the legacy of artistic quality.  A Liceu of big voices, with a clear commitment to new national and international soloists, classic languages mixed with new technologies and innovation onstage, and renowned artistic teams and casts confirm the Liceu’s position among the pantheon of great international houses.

As part of the 20th anniversary of the theatre’s reopening, one of Scheppelmann’s goals is to maintain the high artistic quality that has defined the Liceu. Internationally acclaimed tenor Jonas Kaufmann will appear in Barcelona for the first time in Andrea Chénier, a production from Covent Garden by David McVicar, conducted by Pinchas Steinberg. Kaufmann shares the stage with all-star colleagues soprano Sondra Radvanovsky and baritone Carlos Álvarez.

The 2017/18 season includes three new productions, one of them a title never before seen at the Liceu. Roméo et Juliette by Gounod is a new coproduction with Santa Fe Opera (premiere August 2016) directed by Stephen Lawless and featuring an first-rate cast for Barcelona led by Aida Garifullina and Saimir Pirgu under the baton of Josep Pons.

A major highlight of the Liceu’s new 2017/18 season is the 19th century Russian work The Demon by Anton Rubinstein, an opera never seen at the Liceu, virtually rediscovered by stage director Dmitry Bertman and dealing with the Demon’s obsession with love. The Liceu will be the lead partner in this new coproduction with Helikon Opera in Moscow, Opéra National de Bordeaux and Staatstheater Nürnberg, and will showcase baritone Dmitri Hvorostovsky as the Demon along with soprano Asmik Grigorian in the role of Tamara. Moreover, this presents another opportunity to enjoy the great musical leadership of Mikhail Tatarnikov, who conducted the much acclaimed Hvorostovsky Concert last November.

The 2017/18 season will begin with Il viaggio a Reims, a Rossini opera that has been performed at the Liceu only 12 times! This dramma giocoso, which features the veteran stage direction of Emilio Sagi, is the ideal context for exploring a new “studio” experience blending well-known soloists with young stars of tomorrow, with the purpose of creating an opportunity for the emerging artists. This initiative aims to support young singers that have just finished their studies by providing them support, training and an international boost at the beginning of their career. This young cast, selected in June 2016, includes three of the 2017 Concurs Viñas competition winners: Ariadna González (2ndPrize), Carlos Pachón (3rd Prize) and Xabier Anduaga (5th Prize). Italian Giacomo Sagripanti (named Best Conductor at the International Opera Awards 2016) assumes the musical direction of this ingenious scenic play, a series of arias and concertati of indisputable quality and originality. On 7thOctober the Liceu will officially inaugurate the season with Verdi and Boussard, the French stage director who offers us Un ballo in maschera with Christian Lacroix’s striking costumes and the exceptional musical direction of internationally renowned maestro Renato Palumbo. A refined game of seduction and betrayal that brings to the stage two top-level casts with Piotr Beczala, Fabio Santori, Dmitri Hvorostovsky, Giovanni Meoni, Ekaterina Metlova, Maria José Siri and Dolora Zajik, among others.

Catalan talent is one of Liceu’s cornerstones, and thus next season international stage director Àlex Ollé (La Fura dels Baus) returns with Wagner’s Tristan und Isolde. This production from Opéra de Lyon is a pinnacle of the German composer’s artistic ideology with his harmonic ambiguity, his tonal music. An excellent cast features Iréne Theorin and Stefan Vinke, two indisputable Wagnerian stars who appeared here recently as Brünnhilde and Siegfried, and the musical direction of Josep Pons, equally acclaimed for last season’s Götterdämmerung. A fabulous concept complete with set designs by Alfons Flores, video projections by Franc Aleu and costumes by Josep Abril. The Liceu also revives one of its most successful shows, L’elisir d’amore with scenery by Mario Gas, which was last performed in 2013. A comic and romantic proposal, set in fascist Rome with endearing hints of neoclassical cinema. Jessica Pratt, Pavol Breslik and Roberto de Candia headline a perfect cast under the baton of Spanish conductor Ramón Tebar, who makes his Liceu debut with this title.

The “Ensaladas” with Jordi Savall and Le Concert des Nations, a Josep Bros recital celebrating the25th anniversary of his Liceu debut, and A Christmas Carol by Charles Dickens with music by Albert Guinovart, among other concerts, round out the offerings of national artists with worldwide recognition.

The opera season finishes in July 2018 with the romantic opera La favorite by Donizetti, a Liceu production that premiered in 2002 with scenery by the French-Spaniard Ariel García Valdés, that will be presented in the original French version. The cast is headed by newcomer French mezzosoprano Clémentine Margaine and Ksenia Dudnikova from Uzbekistan in the role of Léonor de Guzman. They share the stage with two highly acclaimed tenors, Michael Spyres and Stephen Costello, as well as baritones Markus Werba and Mattia Olivieri, in the roles of Fernand and Alphonse XI, respectively.

L’incoronazione di Poppea leads the selection of operas in concert version, presented in December 2017 in celebration of the 450th anniversary of Monteverdi’s birth; it is an early-Baroque opera with talented specialist Maestro Jean-Christophe Spinosi (who led this season’s Xerxes) leading the Ensemble Matheus. The slightly later Baroque Ariodante by Händel, featuring the great conductor William Christie who will debut at the Liceu with Les Arts Florissants, is one of the most magical pieces by the German composer, with extraordinary da capo arias.

Top soloists headline 2 operas in concert version that have been absent from the Liceu schedule for more than 30 years. Poliuto by Donizetti, which last appeared at the Liceu in 1975, will be performed in January 2018 under the baton of Daniele Callegari and with the stunning voices of Sondra Radvanovsky, who makes her role-debut here in Barcelona as Paolina, Gregory Kunde and Luca Salsi. After 33 years, Attila returns starring bass Ildar Abdrazakov along with Anna Pirozzi, Vasily Ladjuk and Josep Bros under the musical direction of Speranza Scappucci, making her debut at the Gran Teatre del Liceu.

The Liceu increases its dance programming to 3 international ballet companies while maintaining its support of IT Dansa. The theatre’s intention is to keep 3 ballet titles per season and to give more weight to this genre within Liceu’s programme, thus we have the opportunity to see Le Ballet du Grand Théâtre de Genève with Romeo et Juliette by Prokofiev, Eifman Ballet from St. Petersburg withAnna Karenina and music by Tchaikovsky, and finally Les Ballets de Monte-Carlo with Le Songe.

Prokofiev immortalized the tragedy of Romeo and Juliet in music in a version that was deemed impossible to dance to due to its complex rhythms. Yet, over time this piece has become the most-presented ballet of a composer faithful to the dual lyricism and violence that emanate from the theatrical play. It is the Joëlle Bouvier version for Le Ballet du Grand Théâtre de Genève, halfway between tradition and modernity, a spectacle of beauty and extreme precision, that will arrive at the Liceu.

This year’s Le Songe by Les Ballets de Monte-Carlo also takes inspiration from Shakespeare to present a unique show based on A Midsummer Night’s Dream. An elegant, ground-breaking piece with classic and innovative choreography and staging by Jean-Christophe Maillot, created in 2005 to incidental music of Felix Mendelssohn with the addition of electronic music by Daniel Teruggi and Bertrand Maillot.

Boris Eifman’s choreography to the music of Tchaikovsky brings us the story of Leo Tolstoy’s Anna Karenina, a novel transformed into one of the most emotional dramas of the contemporary dance world. This work is considered a masterpiece of Eifman’s due to the concept of dynamic movement of the tragic love story. Having filled theatres in Europe and America this tour de force makes its first appearance at the Liceu with Ballet Eifman, conducted by Conrad van Alphen.

The Symphony Orchestra of the Liceu under the baton of Josep Pons will perform A German Requiemby Johannes Brahms with soprano Mojca Erdmann and bass- baritone José Antonio López singing about death and resurrection in the Pau Casals Memorial Concert. Jaquelyn Wagner will give voice toVier letzte Lieder (Four Last Songs) by Richard Strauss, in a full program rounded out with an instrumental version of Till Eulenspiegels lustige Streiche, op. 28 (Till Eulenspiegel’s Merry Pranks) andTod und Verklärung, op. 24 (Death and Transfiguration). And finally, a concert blending both composers: Also sprach Zarathustra, op. 30 (ThusSpoke Zarathustra), one of Richard Strauss’s best-known symphonic poems, combined with the Piano Concerto No. 2 in B-flat major, Op. 83 byJohannes Brahms performed by French pianist François- Frédéric Guy under the direction of Mo. Josep Pons.

The season will also feature Love: Between Heaven and Hell with the great Czech mezzo-sopranoMagdalena Kožená, a fusion of pure flamenco and Spanish Baroque; “Ensaladas” conducted by Jordi Savall, a collage of 16th Century music and vocal compositions by Mateu Fletxa el Vell and Bartomeu Càrceres; and two great operatic names: Josep Bros and Plácido Domingo. Both will perform much loved repertoire, Bros singing from a variety of composers in a recital celebrating the 25thanniversary of his debut at the Liceu, and Domingo presenting a program of zarzuela, a genre he has cherished since his teen years, accompanied by soprano Ana María Martínez and with musical direction by Jordi Bernàcer.

The list of concerts and recitals wraps up with the Final Auditions of the Francisco Viñas Vocal Contest and the much anticipated Christmas concert comprised this year of Charles Dickens’belovedA Christmas Carol with music by Albert Guinovart and spectacular sand art created live by the renowned Borja González, a member of the Ytuquepintas theatre troupe. The Children’s Chorus of the Amics de la Unió and the Symphonic Orchestra of the Liceu invoke the Ghosts of Christmases Past, Present and Future to soften the heart of the miser, Scrooge.

El Jove Barber de Sevilla, with music by Gioachino Rossini, is a new interactive coproduction of the Gran Teatre del Liceu with AsLiCo (Associazione Lirica e Concertistica) of Como, Italy, which involves audience participation in the form of a children’s chorus comprised of the boys and girls in attendance. The show follows the adventures of the young Figaro and encourages the spectators to discover his barbershop’s bag of tricks. The youngest children will delight in Romeu i Julieta al Laberint Màgic, a new spectacle by theatre company Ariakadabra in which the audience helps Romeo find Juliet in a labyrinth of magic and entertainment, a sampling of the Liceu’s opera season for the youngest of the family with the very best of magic and visual effects. Allegro Vivace, Un viatge màgic pel món de l’òpera returns to the Liceu with acclaimed stage director Joan Font and his troupe Comediants, presenting excepts from operas by Monteverdi, Purcell, Mozart, Rossini, Donizetti, Berlioz, and more. These three new shows combine with the current hits of El Petit Liceu: La Petita Flauta Màgica, also by Comediants; Guillem Tell  by La Baldufa troupe, and Els Músics de Bremen by Joan-Andreu Vallvé (Centre de Titelles de Lleida). 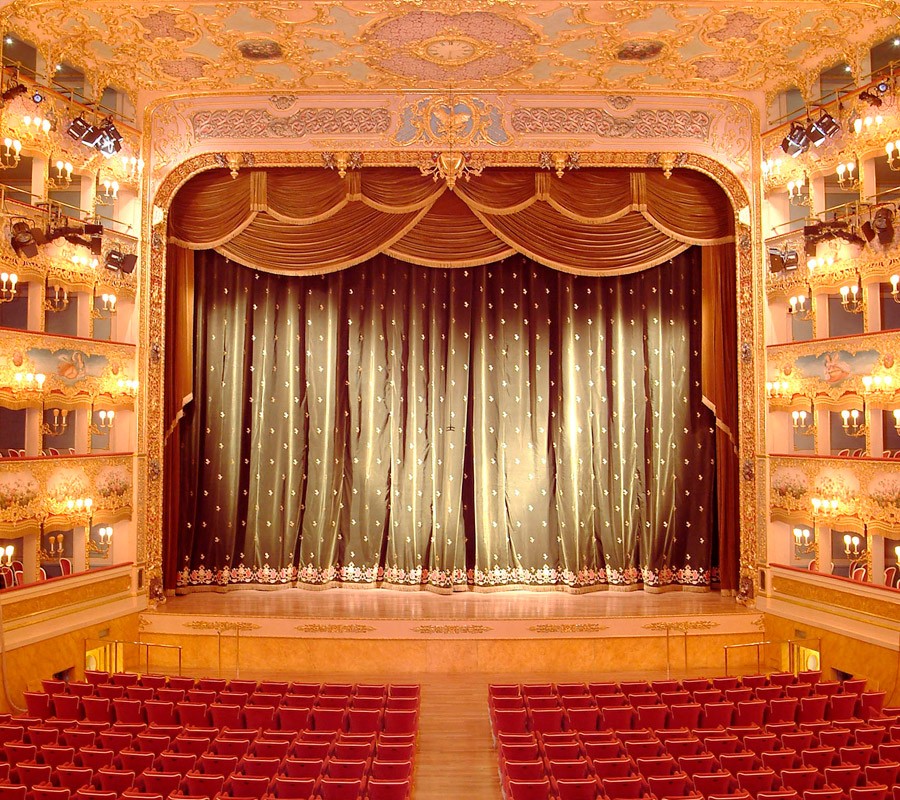 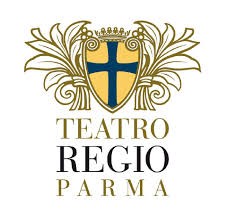